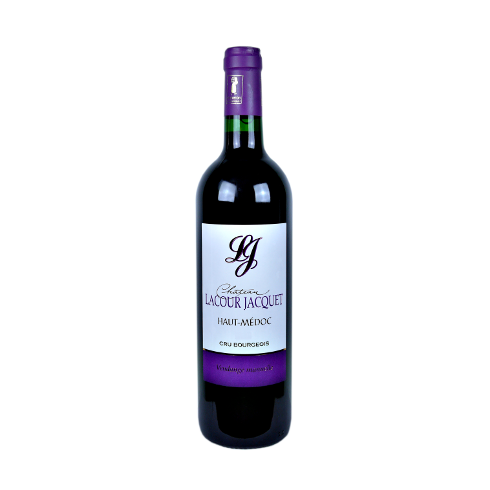 Share
Warning: count(): Parameter must be an array or an object that implements Countable in /home/users6/i/ich5223/www/furt/wp-content/themes/rttheme19/product-contents/single-products-content.php on line 89

Château Lacour Jacquet was named after the pilgrims of Saint Jacquet of Compostela, arriving from Blaye or Soulac, who gathered in the courtyard before the sixteenth century. Today it is a traditional family winery, passed for 3 generations from father to son. Eric and Régis Lartigue took over the property of their parents in 1989 to develop the tradition of great wines of Médoc.

Located in Cussac Fort Médoc, between Margaux and Saint Julien Beychevelle on the prestigious terroir of Médoc, Château Lacour Jacquet benefits from an exceptionnal terroir. The vineyard is mostly orientated South / South West, on pebbles best suited for Cabernet Sauvignon vines in the majority, but also Merlot, Petit Verdot and Cabernet Franc.

Harvested manually, picked selectively, macerated for 21 to 28 days, then matured for 12 to 15 months in French oak barrels (renewed by thirds every year), this Cru Bourgeois since 2008 will deliver you flavours and pleasure as a Grand Vin de Medoc, with finesse and delicacy.